We received a proclamation declaring Sept. 17, 2016 "Drive Electric Day in Annapolis" signed by the Mayor of Annapolis. It was presented on-site by two of our Aldermen (city councilmen). The audience consisted of people who learned about the event from the news media, posters around town, and social media. There were also many who were just out walking in our harbor area. The 36-car show included two electric-powered boats, an exhibit of innovative energy-saving LED lighting and solar power for marine use, a Solar City booth, and an exhibit demonstrating the differing amount of energy used by various types of light bulbs. Four cars were especially interesting because they had not been seen before: Tesla Model X, Audi A3 e-tron, and Cadillac ELR. (The Model X with the gull-wing doors was the hit.) We also had a GEM utility vehicle, essentially an electric mini pick-up truck. Audi, Nissan and Smart cars were brought by dealers. I believe the Smart cars were sold as a result of the show.

Owners and dealers of electric vehicles will encourage the public to "Ask me why I drive electric!" with the Historic Annapolis Harbor as a backdrop. At this fun and informative event, the public can get information about what it’s like to drive electric including range, how and where to charge, cost, performance, benefits to the environment, and government incentives.

Annapolis Green, partnering with the Electric Vehicle Association of Greater DC and the Maryland Chapter of the Sierra Club, is hosting the Annapolis Showcase as part of National Drive Electric Week at Susan Campbell Park on City Dock, from noon to 4 p.m. on Saturday, September 10. The Chesapeake Bay Trust is a local sponsor.

There will be information about EV charging equipment as well, and general information about the benefits of alternative energy including lighting for home and marine use, and two electric boats! For the latest info on the event, click here. 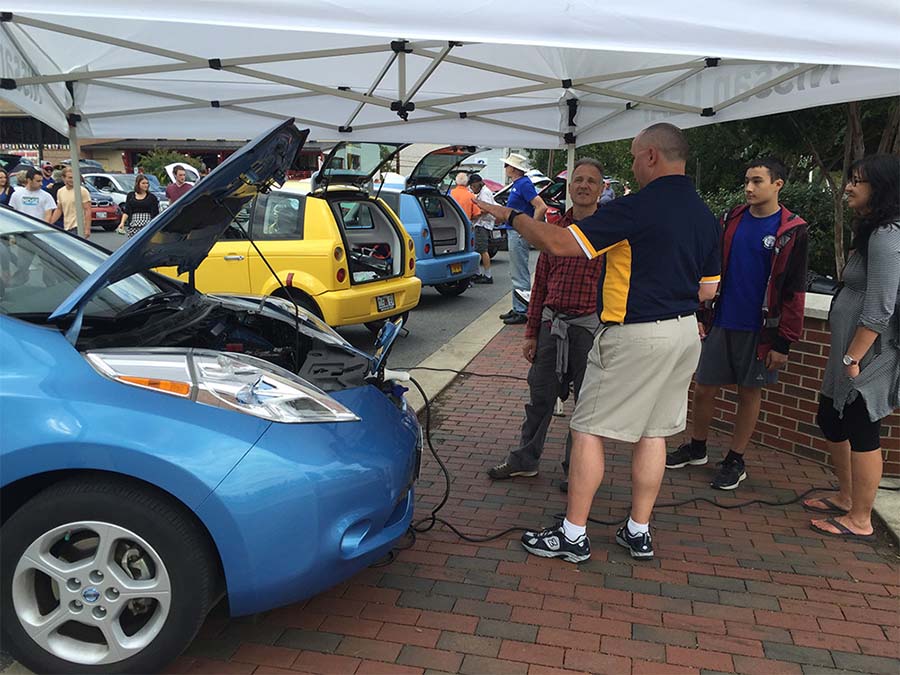 There are currently 74 attendees registered.