The Torrance EVent began with a "hose cutting" for new public electric vehicle charging stations. The "hose cutting" was attended by all members of the Torrance City Council, several previous council members, members of the Torrance Environmental Quality Commission as well as representatives from Congresswoman Maxine Waters, Congressman Ted Lieu and State Assemblyman David Hadley. WE were also honored to have Joel Levin, the CEO of Plug in America, in attendance. As Mayor Furey said, it was "an electrifying occasion". The Expo opened immediately following and included test drives by Ford, Tesla and Nissan, some 34 vehicles on display by their owners, several electric motorcycles and an assortment of other environmentally themed exhibits, including a solar powered charging station.

The City of Torrance EVent will begin at 9 am with a ribbon cutting ceremony for new, public charging stations located behind the main library and throughout the City.  This will be immediately followed by an EV-Expo featuring ride and drives by local EV dealers as well as displays of Electric Vehicles by both area dealers and EV-owners, giving you the opportunity to find out what EV ownership is really like!  In addition, there will be displays and giveaways from various City Departments related to water conservation, stormwater runoff prevention, and recycling, as well as information on forthcoming projects such as the Torrance Regional Transit Center, Ganahl Lumber Co.'s future Torrance campus, event programming at the Madrona Marsh and information about locations of EV chargers throughout the City. In addition, other sustainability industries will be showcased such as: grey water and photo voltaic systems, e-waste recycling, energy storage, sustainable home improvement programs and incentives, and various EVSE charging options from ChargePoint, Envision Solar and NRG EVgo. 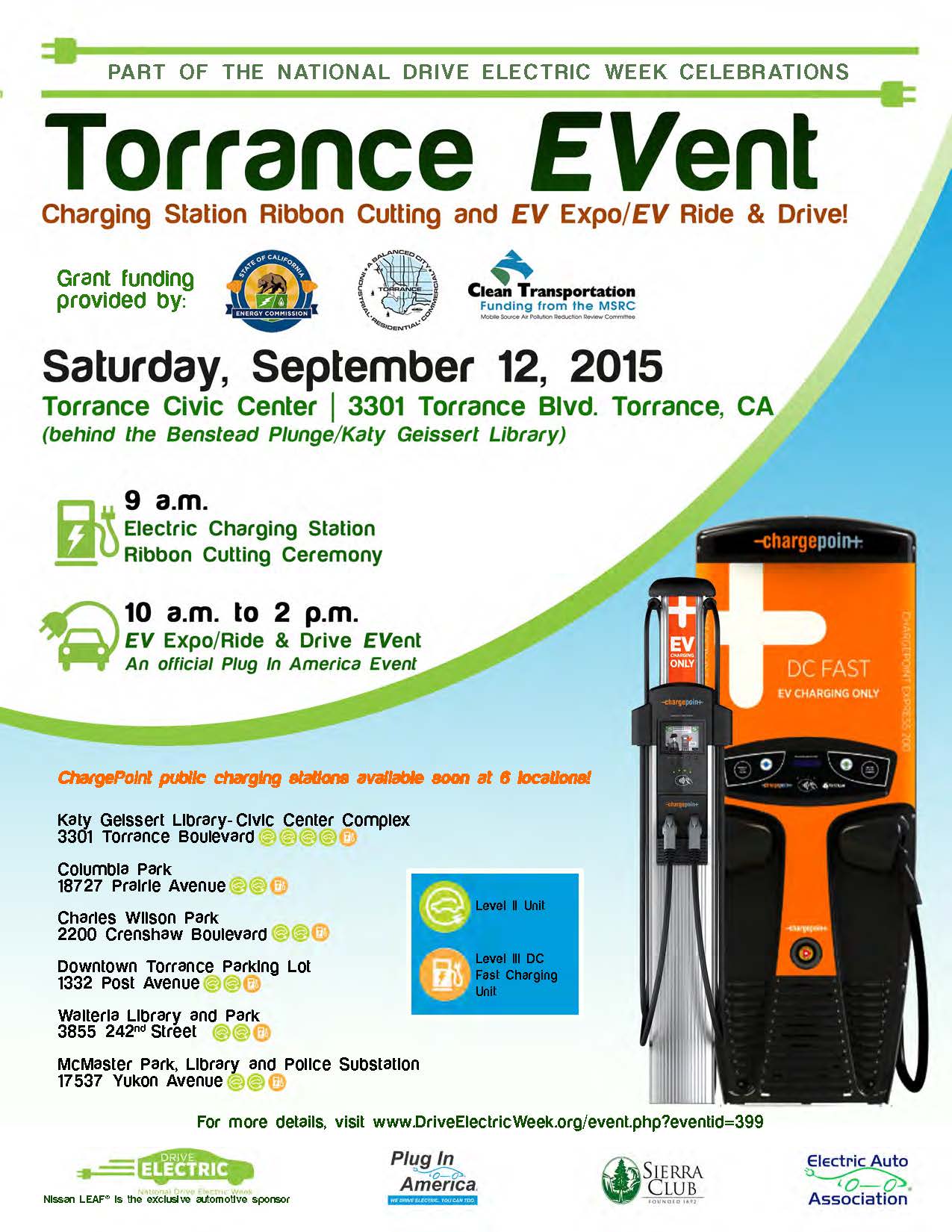 There are currently 168 attendees registered.