Falcons Landing is free and open to the public at the Ford Defend the Dome display near Gate C, in the northwest corner of Falcons Landing.  The Falcon’s Landing is nestled between the Georgia Dome and Philips Arena on Andrew Young International Boulevard.

Learn more about Ford’s Hybrid and Electric vehicle line up

NOTE TO EV OWNERS
This event does not have parking spaces for you to share your EV.  The organizer does need volunteers, however, to direct people toward the 2 sponsored vehicles on display. 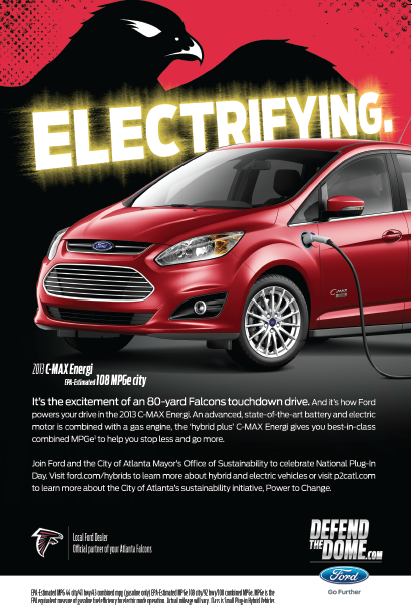