Nissan provided a 60x30 tent and display the 2018 LEAF. This was very popular and crowded most of the day. There was also a 2012 Chevy Volt with 115,000 EV miles and a Tesla Model S with 95,000 miles on display to show excellent battery longevity. Rounding out the main display was a 2017 Toyota Prius Prime PHEV and a Chevy Bolt EV. XM Radio Host and comedian Pete Dominick walked around and recorded interviews with Drive Electric America's Mark Renburke (the event's City Captain) and others.

The former Mayor of Cambridge, Henrietta Davis (a Chevy Bolt owner) made an appearance, as well as did Gina Coplon-Newfield , Director of Electric Vehicles Initiative for the Sierra Club (and a LEAF owner) and Eleanor Fort, Vehicles Campaign Manager with the Union of Concerned Scientists.

In the ride and and drive lot there was a second set of around 15 cars. Two Model X and Two Chevy Bolts were giving test rides and drives, as were a couple test drive/ride Chevy Volts and Nissan LEAF. It was a diverse selection of brands and cars.

Join us in Cambridge to celebrate Drive Electric Week

Nissan will display the new 2018 LEAF, and SiriusXM Radio's comedian Pete Dominick will host at a radio booth.

EV/PHEV owners will be present to share ownership experiences and offer test drives. This is a great opportunity to test out an electric vehicle without the typical dealership setting of possibly being pressured to buy, only to try out an electric car and ask any questions to real EV owners and drivers.
*UPDATE* Planned Route for EV Ride & Drives:
Register to attend, bring your own electric car, or even help volunteer by clicking the blue buttons 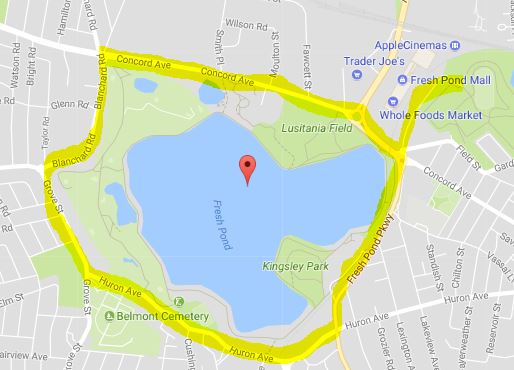 at the top of this page.
(Note: this is the 2nd week of two consecutive NDEW events at the same location; for info the first event on Saturday, September 9, 2017, please visit:  https://driveelectricweek.org/event.php?eventid=1036)

There are currently 96 attendees registered.