The 2017 Charlotte National Drive Electric Week event on September 15th went off without a hitch. A special thanks to the City of Charlotte for partnering with the Centralina Clean Fuels Coalition as co-hosts for this year's event. We had a great media presence with both Spectrum TV and the local Channel 9 news coming out to cover our event.
Many thanks to the EV owners who showed up; we had a total of 14 vehicles present. While the audience was smaller than in recent years, there were still plenty of people interested in stopping by for a chat with an EV owner or getting in a vehicle to check out the features. Among the selection were several Nissan Leafs', a Fiat 500e, a Chevy Volt, a Tesla Model S and a Model X, a Ford C-MAX Energi, BMW brought two vehicles, a Mini Cooper and BMW 330e; Club Car brought a commercial, fit-to-task series work utility vehicle; Duke Energy's VIA truck; and an electric baggage tow vehicle from Piedmont Airlines, now owned by American Airlines.

Come join the City of Charlotte in partnership with Centralina Clean Fuels Coalition in celebrating and learning more about electric vehicles and sustainable transportation! This interactive showcase event is open to the public and will be held at GovPorch in front of the Charlotte Mecklenburg Government Center.  There will be multiple electric vehicles on display, information and resources from community partners, food, and entertainment! We hope to make it our biggest Drive Electric event yet! 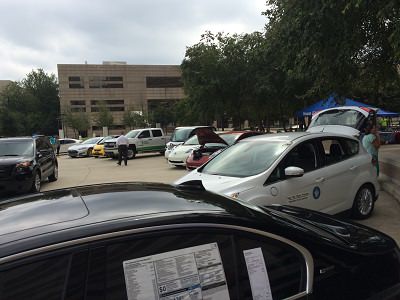 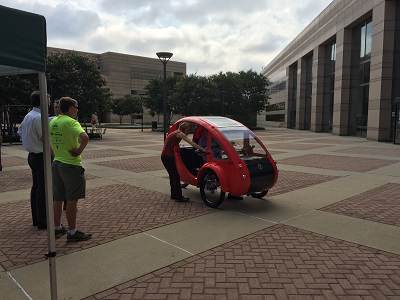 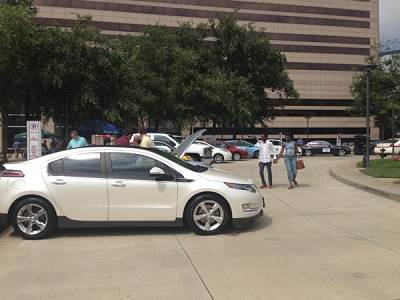 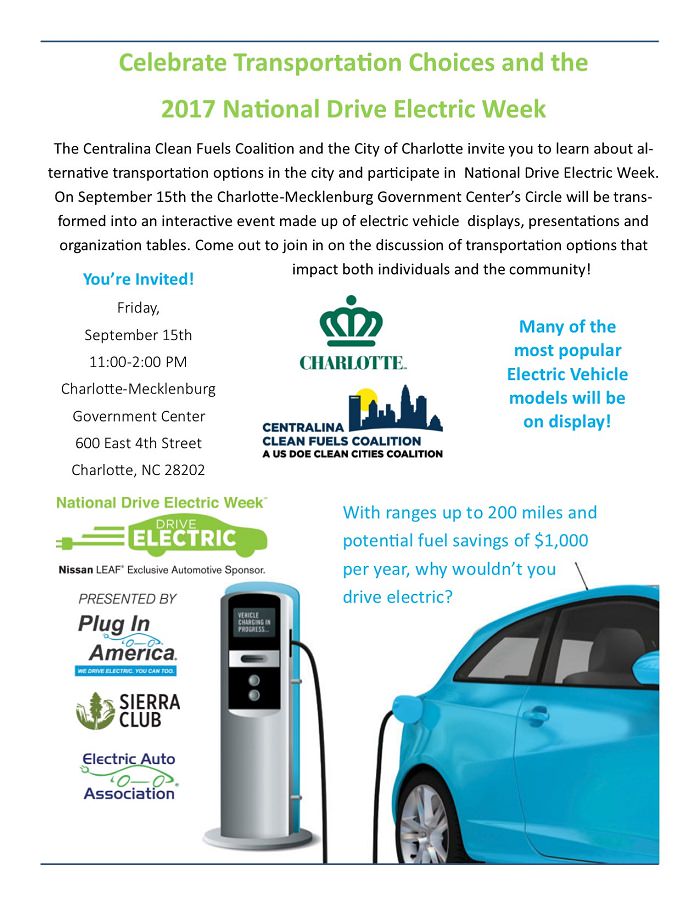 There are currently 31 attendees registered.